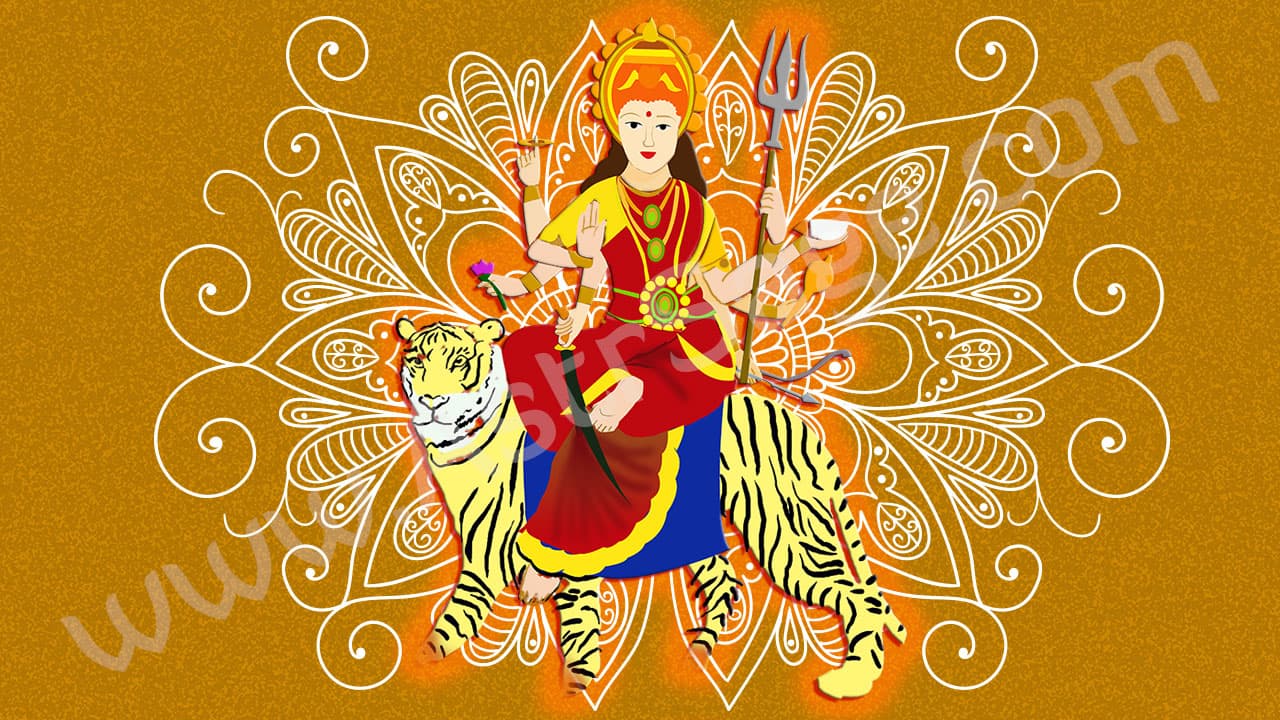 On the day of Maha Ashtami, Kumari Puja is also done. On this occasion, unmarried girls or young girls are adored to be worshiped like Goddess Durga as they are considered as the manifestation of the Goddess. In many states of India, Kumari Puja is done on all the nine days of Navratri. Kumari Puja is also known by the name of Kumarika Puja.

Durga Puja Ashtami is considered as the most important day of Durga Puja. This Puja lasts for both the days of Ashtami and Navami. In Sandhi Puja, the last 24 minutes of Ashtami and the starting 24 minutes of Navami is called as Sandhi time or Kaal. The time of Sandhi Kaal is considered as the most auspicious time for Durga Puja. Because it is this time only, when Ashtami Tithi ends and Navami Tithi begins. It is believed that during this time only, Goddess Durga in her divine manifestation slayed Asur Chand and Mund.

At the time of Sandhi Puja, there is a tradition of sacrificing an animal and then offering to Goddess Durga. However, instead of sacrificing an animal as an offering to the Goddess, the devotees offer banana, pumpkin and armenian cucumber (kakdi). Now in the Hindu religion, many communities consider animal sacrifice as unpropitious. In order to stop the animal abuse this tradition of animal sacrifice has been completely obliterated. At Belur Math in West Bengal, bananas are offered at the time of Sandhi Puja. Apart from this, 108 clay lamps are lighted at the time of Sandhi Kaal.