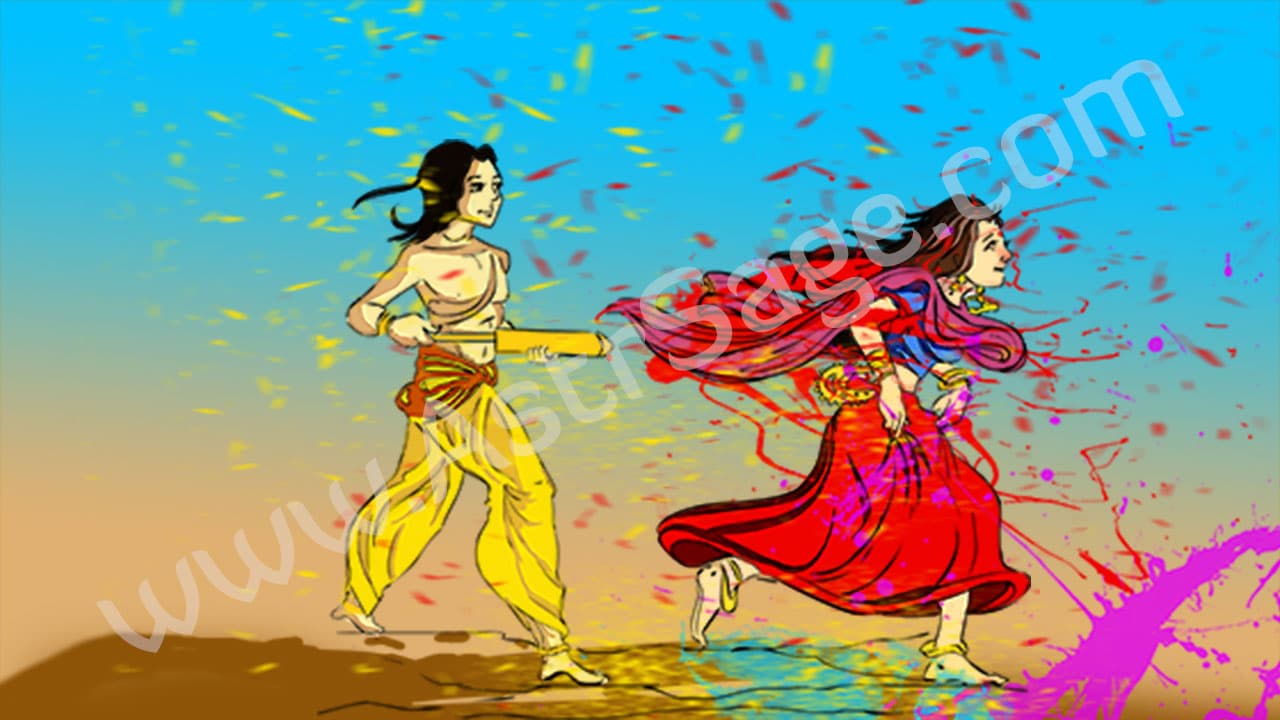 The Festival Of Colors

Holi–the festival of colors–also known as Vasant Utsav, falls on the Pratipada during dark half (Krishna Paksha) of the Chaitra Month as per Hindu Calendar. If the Pratipada is falling on two days then the first day is considered as the day of Dhulandi (Vasantotsav or Holi). Holi is also celebrated as the arrival of spring season by taking inspiration from the colors. This festival is also known as Dhulandi, a name popular in the state of Haryana.

Description of Holi can be found since ancient times. In Hampi, capital of Vijayanagara kingdom, a 16th century caricature of this festival had been found. Similarly, a 300 BC inscription describing Holi had been found at Ramgarh near Vindhya hills.

There are different legends behind the festival of Holi like Hiranyakashipu-Prahlad story, Radha-Krishna legend and the story of the ogress (female monster) Dhundi.

2019 falls on the Purnima (full moon day) of Falgun month as per Hindu Calendar. The festival signifies the victory of good over evil. It is celebrated one day before Holi with proper bonfire. It celebrates the killing of Holika–the sister of Hiranyakashipu. The bonfire signifies the fire in which Holika (Hiranyakashipu’s sister) burnt herself while trying to kill Prahlad.

Rangwali Holi is also celebrated in memory of the immortal love of Lord Krishna and Radha. Once upon a time, Krishna asked Yashoda why he was not as fair as Radha. Yashoda jokingly suggested Krishna to apply color on Radha’s face as it would make her complexion dark too. Lord Krishna, then, played with Radha and Gopis with different colors. Since then, the day is celebrated as the festival of colors.

The legend of the ogress (female monster) Dhundi says that she was chased away by the people of Prthu owing to a curse from Lord Shiva.

This festival is celebrated magnanimously in Braj area, where Lord Shri Krishna and Devi Radha played their Leela (divine play). Lathmar Holi of Barsana in Braj is very famous. In Malwa area of Madhya Pradesh, Rangpanchami is celebrated after 5th day of Holi. It is celebrated with even more fervor than Holi. People play with dry colors in some parts of Maharashtra on Rang Panchami.

This festivals of colors signifies unity and love irrespective of caste, class or gender. Wish you a very Happy Holi!