India is known for its diversities and religions where we enjoy a lot of festivals. Let it be a Muslim, Sikh, Hindu, or Christian, we celebrate each and every festival with zeal and enthusiasm. But knowing the exact dates of the same becomes troublesome sometimes. To get rid of it, we have brought Indian Calendar 2020 for you to ease out your struggle finding exact dates.

AstroSage presents yearly Indian Calendar 2020. Get to know about all the main festivals and all the government holidays.

Indian National Calendar, also called as Shalivahana Shaka Calendar is broadly used for news broadcasting purposes alongside Gregorian Calendar. After a survey conducted by Calendar Reform Committee during 1950s, it was concluded that around 30 different calendars were being used to set Hindu, Buddhist and Jain festivals.

They found that these calendars were based on similar principles though prepared as per ancient customs and astronomical practices. On the other hand, Islamic calendar was used by Muslims in India along with Indian Government using Gregorian calendar for administrative purposes. Hereby, due to Calendar Reform 1957 C.E., a formalized and structured lunisolar calendar was finalised as the National Calendar of India, where leap years corresponded with those mentioned in Gregorian calendar.

Despite numerous attempts to create a unified platform, there still exists several local variations. Government still uses Gregorian calendar for administrative purposes and holidays are observed as per regional, ethnic and religious beliefs and traditions.

On an ethical front, astrologers use Panchang or Panchangam (Hindu Calendar based on Lunar Calendar) to fix the marriage date and provide auspicious muhurat after horoscope matching is done.

The Shaka Calendar is based on the luni-solar system as per time, and consists of 12 months and 365 days. The first month in Indian Calendar is Chaitra and the last is Phalguna. The names of the months as per Shaka Calendar are as follows:

The National Calendar is an advanced modification of Indian Solar Calendars still existing in the regions. The principle unit remains the civil day and era is Saka era. It is structured so as to correspond with the Tropical or Sayana year and not traditional Sidereal or Nirayana year.

Religious holidays are based on lunisolar calendar which acknowledges specific positions of Moon and Sun. Majority of festivals and holidays occur on a mentioned lunar tithi (date) while others on solar tithis.

Lunar Calendar is witnessed as the main element when providing predictions in Vedic Astrology or calculating muhurat, festivals and so on, planet Sun has its own significance. A Solar Calendar narrates the apparent position of planet Sun in the universe. One such example is Gregorian Calendar, which is used internationally and counted as the standard tool. In astrology, a solar month describes the position of Sun’s longitude to increase during the interval by 30 degree corresponding to its passage through a zodiac sign.

Indian Calendar as per Solar Month is given below which describes the Hindu months and their Gregorian dates. Below dates approximately corresponds with the Gregorian calendar based on the position of Sun. the table is provided for you for reference purposes.

There are three types of Calendar affiliated in India:

●  The Solar Calendars: The calendar is based on motion of the sun on a yearly basis, sidereal or tropical. Some famous examples are French, Gregorian, Roman calendars and Indian Solar Calendars used in the areas of Assam, Bengal, Haryana, Kerala, Punjab, Orissa, Tamil Nadu and Tripura. An actual solar calendar doesn’t consists of number of days, hence in order to synchronize, days are summed up and leap years are formed. Indian National Calendar comes under this category.
●  The Lunar Calendars: It is based on the monthly phases of Moon and its cycle and isn’t related to the motion of Sun whatsoever. Islamic Hejira Calendar is one such example and a pure lunar calendar. It consists of 12 months, with 2 months covering the time period between two new moons. Each Lunar month is about 29.5 days long.
●  The Lunisolar Calendar: It accumulates yearly motion of Sun and monthly phases of Moon. some examples are Jews and Babylonian calendars along with Indian Calendars used in Andhra Pradesh, Bihar, Gujarat, Karnataka, Kashmir, Madhya Pradesh, Maharashtra, Rajasthan, Uttar Pradesh.

Indian Calendar was officially adopted in 1957 by Calendar Reform Committee as a significant part of Nautical Almanac and Indian Ephemeris. The need for a unified calendar was voiced by none other than the first prime minister of India, Pt. Jawaharlal Nehru. He said as quoted,
They (different calendars) represent past political divisions in the country…. Now that we have attained Independence, it is obviously desirable that there should be certain uniformity in the calendar for our civic, social, and other purposes, and this should be done on a scientific approach to this problem.

One main criteria was to make the calendar free of any religious or regional conflict, easy to navigate, relatable and precise. Hence, the committee came up with Saka Calendar, which was made official on March 22, 1957 or Chaitra 1, 1879.

The Saka Calendar represents the Indian beliefs and culture and traditions. Adopting it as the national calendar is a tribute to ancient innovation and ideas. This calendar is observed beyond Indian borders by Hindus in Java, Bali Indonesia and other Southeast Asian countries. Its most noted uses are:

●  In the Gazette of India along with Gregorian calendar
●  At All India Radio Broadcasts
●  By Govt. of India to provide documents, timetables, communication via Saka Calendar dates

You can get detailed list of Government, Hindu, Islamic, SIkh and Christian holidays and festivals from this page.


In less than a Minute 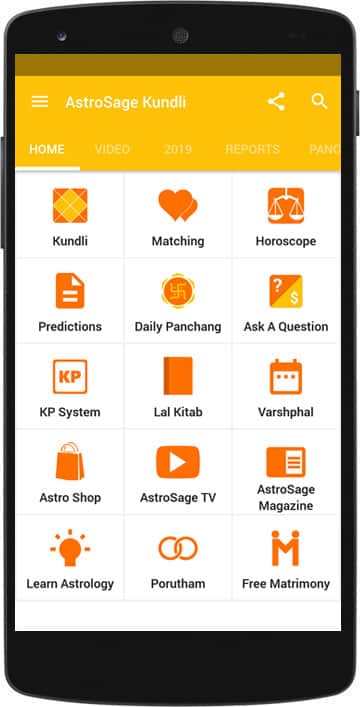