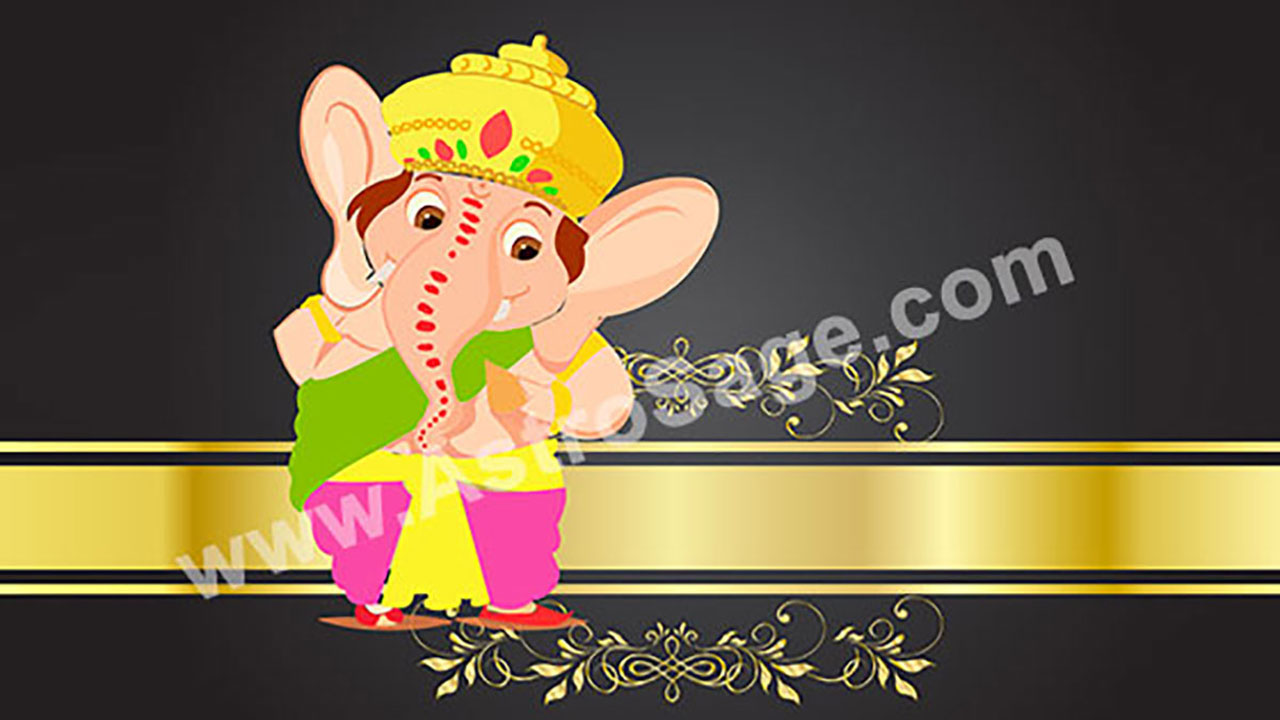 Ganesh Chaturthi is celebrated every year in the Bhadrapada monthâs fourth day of bright fortnight. As per the beliefs, Lord Ganesha was born on this day during Madhyahan Kaal on Monday in Swati Nakshatra and Leo ascendant. Thatâs why this one is considered as the main Ganesh Chaturthi or Vinayaka Chaturthi. It is also known as the Kalank Chaturthi and in some regions, people also know it as Danda Chauth.

1.  Once Goddess Parvati was going to take bath. With the lather on her body, she created an idol and gave life to it. After that, she appointed him as the security guard. This guard was Lord Ganesha. When Lord Shiva was entering the home, he tried to stop him. Hence, Shiva cut off his head. As soon as Parvati got to know about this incident, she started crying a lot. In order to make her happy, Shiva cut another head of an elephant and placed it on Ganeshaâs body. After getting the head of an elephant, Ganesha got a new name âGajananâ.
2.  According to another legend, Parvati Ji kept fast of Sri Krishna to get Ganesha because it had been many years to her marriage and she could not get a child. As she got Ganesha as the blessing, Lord Saturn came to see the baby. Due to Shaniâs sight, Ganeshaâs head got cut apart. So, Vishnu Ji placed elephantâs head on Ganeshaâs body.
3.  As per the beliefs, once Parshurama arrived Kailasha to see Shiva-Parvati. At that time, Shiva-Parvati were sleeping and Ganesh Ji was guarding the entrance. He tried to stop Parashurama, which caused argument and as a result, Ganesha got his one tooth cut by Parashurama. That is why Ganesha also got this name âEkdantâ.

1.  Before worshipping any god or doing anything new, Lord Ganesha is worshipped. Without worshipping him, no auspicious work is begun. âShri Ganeshâ has become a prevalent idiom before beginning anything new. There is a clear instruction in all the religious texts to worship him before beginning any Puja.
2.  Ganesha is being worshipped from the ancient and Vedic times. Lord Ganesha is a Vedic Devta, his Mantras can clearly be found in Rig Veda and Yajur Veda.
3.  Ganeshaâs name is involved in the list of 5 main Devtas including Shiva, Vishnu, Durga, and Surya. It clearly signifies the importance of Ganpati Ji.
4.  Gana means a community, society, or group; and Isha means the Lord. As he is the Lord of the people of Shiva and Devas, he is known as Ganesha.
5.  Shiva is known as his father, Parvati is the mother, Kartikeya (Shadanana) is his brother, Riddhi-Siddhi (daughters of King Vishwakarma) his wives, and Kshema & Labha as his sons.
6.  Ganesha has 12 famous names in the Shastras: 1. Sumukh, 2. Ekdant, 3. Kapil, 4. Gajakarna, 5. Lambodar, 6. Vikat, 7. Vighnanashan, 8. Vinayak, 9. Dhumraketu, 10. Ganadhyakshaya, 11 Bhalchandra, 12. Gajanana
7.  Ganesha has also written the Mahabharata. When Ved-Vyasa decided to create Mahabharata, he got concerned about executing it. Lord Brahma had suggested him to get this work done by Ganesh.
8.  As per the ancient texts, âà¥â is considered as Ganesha. As every Puja is followed by Ganesh Puja, each Mantraâs effect increases by saying âOmâ before beginning it.

As per the beliefs, Lord Krishna suffered the blame of stealing Syamantak Mani. Seeing his terrible condition, Narada Ji informed him that he had seen the Moon by mistake on the day of Bhadrapada Shukla Chaturthi. That is why he got insulted. Also, Narada informed him that on this very day, Ganesha had cursed Moon. That is why, one who sees Moon on this day gets blamed and insulted. On Naradaâs suggestion, Krishna performed the fast of Ganesh Chaturthi (also known as Vinayagar Chaturthi) and got rid of the curse. Hence, one who worships and fasts on this day, gets rid of all the allegations.