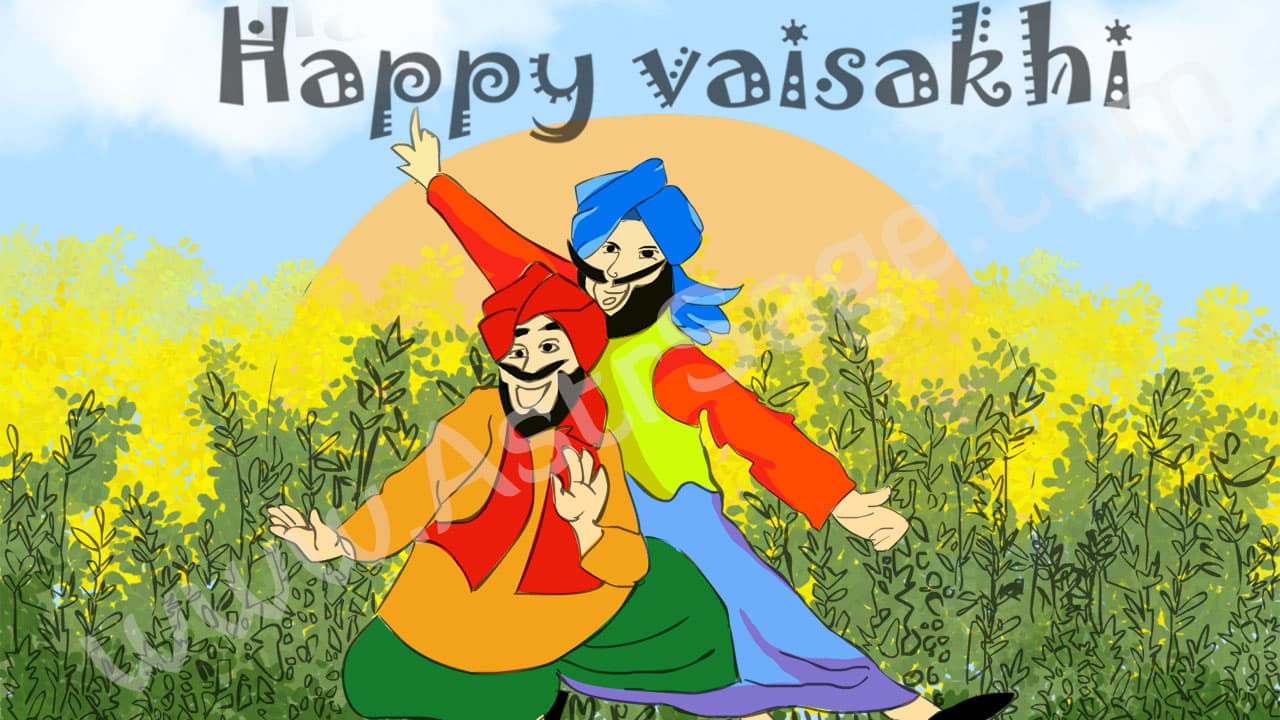 Baisakhi, the harvest festival of India which marks the beginning of Sikh New Year as per Nanakshahi Solar calendar. It is hugely celebrated by the people of Sikh community. Every year Baisakhi falls on the first month of Bikram Samvat in Hindu calendar. Moreover, in India Vaisakhi is majorly popular in Punjab. This is the day when the tenth Guru, Guru Gobind Singh established Holy Khalsa in 1699.

It is believed that in ancient time, Guru Teg Bahadur beheaded by Aurangzeb (The Mughal Ruler) publicly. As he was the one who stood up for the rights of Hindus. After the death of Guru Teg Bahadur his son Guru Gobind Singh became the next Guru. In 1650, Punjab was in turmoil and was facing the corrupt rulers where people were given no rights, neither there was any law, nor justice. Especially, the weak were suffering constantly and quietly. Therefore, this is the day when Guru Gobind Singh wished to instill the strength & courage among all. He summoned a group of Sikh people to assembled at Anandapur. At this meeting, he raised his sword and asked people to come forward to take the challenge, raise their voices against unfair, and who are ready to die for the truth. Finally, the five Sikh stood up who are known as the Panj Pyare (The Five Beloved Ones) by Guru Gobind Singh. Then instead of killing, Guru Gobind Singh baptized them and the first ceremony of Amrit initiation held.

The Name of Five Panj Pyare

The Baisakhi or Vaisakhi celebrations are mainly centered at Gurdwaras and in the open fields doing Bhangra and Gidda dance. Furthermore, it will be celebrated as below:

1.  In the morning, people wake up early and attend special prayer meetings at Gurudwaras
2.  In Gurdwaras, the holy book is given a symbolic bath with water & milk
3.  The holy book is then placed at its special throne with care
4.  After that, it is read out where the followers listen to it carefully
5.  Also, on this day a special holy nectar or Amrit is prepared in an iron vessel and is distributed amongst the devotees after the verses are chanted.
6.  According to the tradition, the devotees sip the Amrit five times in a row
7.  At noon, after ardas, the sweetened semolina (Karah Prasad) is prepared and offered to the Guru to seek his blessings and is distributed to the congregation.
8.  Finally, it is carried by an arrangement of Langar.