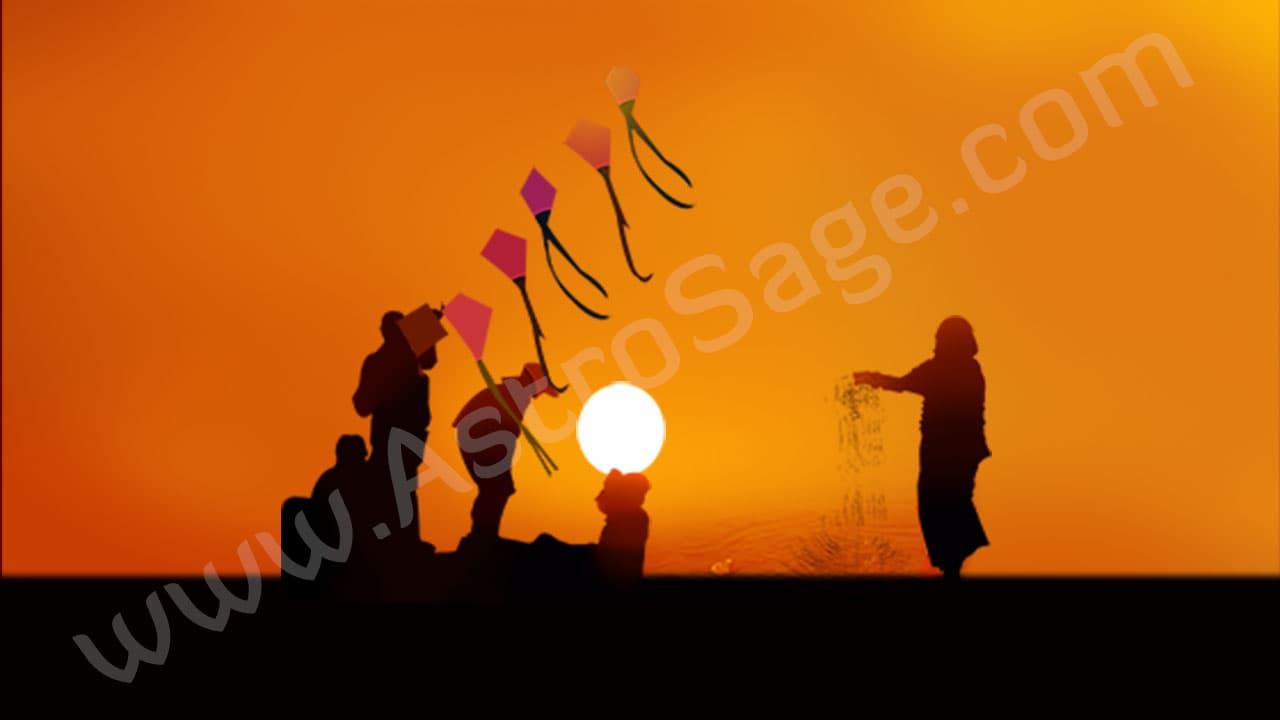 Makar Sankranti is celebrated on the 14th of January every year. Unlike most Hindu festivals which are determined as per the altering positions of the Moon and are based on the Lunar Calendar, Makar Sankranti is based on the Solar Calendar. Every year, Makar Sankranti is celebrated to mark the movement of the Sun in the Capricorn or Makar sign. The word âSankrantiâ literally means âmovementâ. Hence, the festival precisely denotes the movement of the Sun into Makar zodiac.
On the day of Makar Sankranti festival, the duration of the day and that of the night is equal making it one of the oldest solstice festivals. The festival officially marks the onset of spring or Indian summer. Post this day, the Sun stays in for a little longer as compared to the previous days making days longer than nights.

Makar Sankranti is celebrated to acknowledge the fresh harvest of the season and all those who worked hard for a fruitful harvest. âMattu Pongalâ is celebrated on the following day of Makar Sankranti to acknowledge the hard work and labour that the farm animals have put in for a successful harvest. Farm animals are of utmost importance for a healthy and bountiful produce. Hence, it is of immense importance to respect and celebrate their efforts and backbreaking work. In far flung villages, animals are also considered to be a part of the meeting when the next harvest and crop sowing is planned. This festival is a celebration of the bond that we share with other species and the mutually cooperative ecosystem that we live in.

Makar Sankranti has a divine nuance to it as well. This period of time is considered to be of ultimate importance for sages and yogis for fresh beginnings in their spiritual odyssey. In general, people consider making fresh beginnings and letting go of any horrid memories and associations of the past. Many aspects of a Yogiâs life are based on the divine bond between the human system and the cosmic system. A Yogiâs life evolves keeping into consideration, all the movements in the universe and in a humanâs life; ranging from movement of the planets to the life cycle of a human being.

Thai Pongal, celebrated in Tamil Nadu, is a celebration of four days to pay tribute to Lord Indra. This festival is a medium to thank Lord Indra for plentiful rain and hence the fertile land and a good yield. Thai Pongal celebrations are incomplete without the offerings made to Lord Surya and Lord Indra. On the second day of Thai Pongal, freshly cooked rice boiled in milk and served in earthern pots is offered to Lord Surya. On the third day, Mattu Pongal is celebrated to honour âBasavaâ- Lord Shivaâs bull by adorning cattle with bells, flower garlands, beads and paints. On the fourth day of Pongal, Kannum Pongal is celebrated in which all the women of the household come together to perform various rituals.

Magh or Bhogali Bihu is a one week long harvest festival of Assam. It begins on the 29th day of the month Pooh, which falls on the 13th of January and lasts almost a week. The celebrations of this festival include bonfires and a feast of rice cakes called âShunga Pithaâ, âTil Pithaâ and coconut sweets called âLaruâ. People native to the place also indulge in games such as âTekeli Bhongaâ which involves pot breaking and buffalo fighting.

It is customary to feast on âTil-Gurâ and enjoy a joyous session of kite-flying on Makar Sankranti. âTil-Gurâ or sesame and jaggery can be eaten in the form of laddoos or chikkis and is believed to keep the body warm, considering the cold weather during this festival. Makar Sankranti is a festival of shedding the past lead of unpleasant relations and sour memories and moving on with a positive attitude towards others. As per popular beliefs, people consume sweets on Makar Sankranti to induce sweetness in their speech and attitude which helps them tone down the hostility and praise the love and happiness around them. Sweets are also distributed on this festival to celebrate the visit of Lord Surya to meet his son, Lord Shani, keeping aside his anger.

Similarly, kite-flying on the occasion of Makar Sankranti has a significance of its own. In the earlier days, kite flying was usually done in the early hours of the morning just after the sunrise when the sun rays arenât unbearable. Since the weather is usually quite cold during Makar Sankranti, it was believed that basking a little in the sun while indulging in a joyful session of kite-flying would be a good way to stay warm and away from infections and harmful bacterias. Rollicking in the sun on a warm morning with kites filling the sky with colours seems like quite a good way to celebrate happiness, joy and ardor.