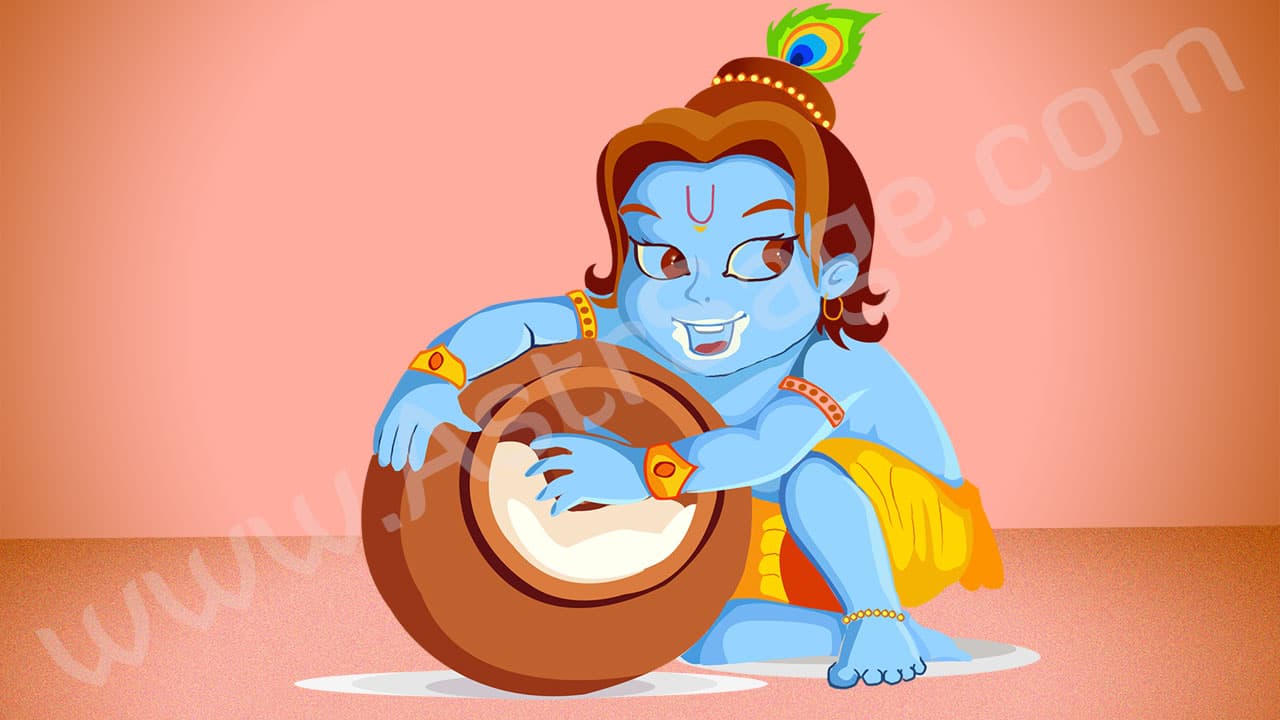 At the end of Dwapara Yuga, King Ugrasen used to rule Mathura. Ugrasen had a son called Kansa. For the throne, Kansa pushed his father Ugrasen into the prison. Sister of Kansa, Devakis marriage fixed with the Vasudeva of Yadava community. While Kansa was about to bid adieu to his sister after her wedding, he heard an oracle from the sky, O Kansa! This Devaki, who is so much beloved to you, her eighth child will be the reason of your death. Listening to this, Kansa got really furious and wanted to kill her. He thought that if Devaki died, she wonât be able to give birth to any child.

Vasudeva tried to convince Kansa that he has no fear from Devaki, but her eighth child. So, he will give her eighth child to him. Kansa agreed to this and locked Vasudeva and Devaki into his prison. Immediately, Narada appeared there and asked Kansa that how he will know that which one is the eighth pregnancy. The counting will begin from the first or the last. Accepting Naradaâs viewpoint, Kansa killed all the children of Devaki mercilessly one by one.

Lord Krishna took birth in the Bhadrapada month on the eighth day of the dark fortnight when Rohini constellation was prevailing. As soon as he arrived into this world, the entire prison got filled with the light. Vasudeva and Devaki saw conch, Chakra (wheel weapon), mace, and Lord with four arms with lotus in a hand. The Lord said, Now, I will take the form of a child. Take me to the Nandaâs house immediately in Gokul and bring their newborn daughter to the Kansa. Vasudeva did exactly like this and offered the baby girl to the Kansa.

When Kansa tried to kill this girl, she just slipped from his hands and flew into the sky. Then, she turned into a Goddess and said, ÃWhat will you get from killing me? Your enemy has reached to the Gokul. Seeing this, Kansa got shocked and panicked. He sent many demons to kill Sri Krishna. With his godly powers, Krishna killed all of them. When he grew up, he killed Kansa and sat over the throne of Ugrasen.

1.  On this day, all the temples of the nation are decorated.
2.  Many tableaus are decorated on the occasion of Krishnaâs birthday.
3.  After adorning Krishna, he is placed on the cradle and swung by everyone.

Worshippers keep fast till the midnight. At the midnight, the news of Krishnaâs birth is sent everywhere with the holy sounds of conches and bells. Krishnaâs Aarti is sung and holy food is distributed.