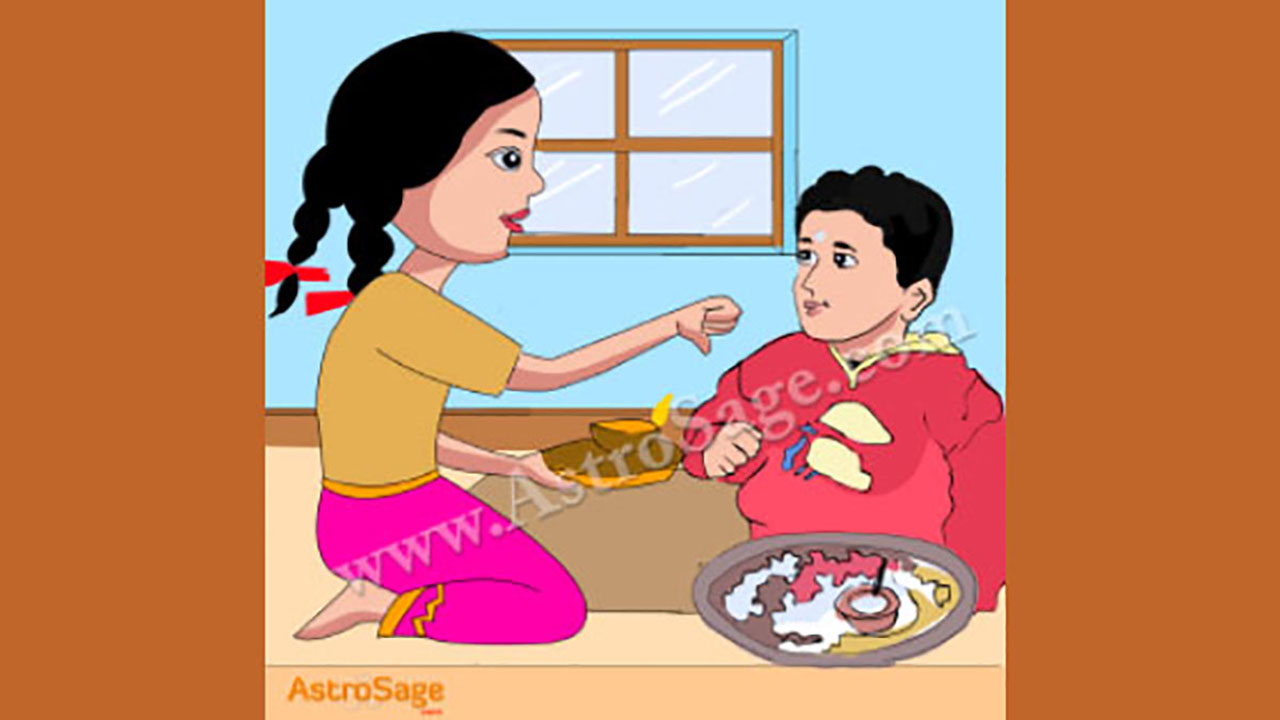 1. Is Bhai Dooj after Diwali?

Yes, Bhai Dooj is celebrated after Diwali, i.e. on the last day of the five-days Diwali festivities.

2. Why Bhai Dooj is celebrated after Diwali?

Bhai Dooj is one of the prominent days of Diwali and marks the end of the festival of lights.

3. What is the significance of Bhai Dooj?

Bhai Dooj depicts the beautiful bond of a brother and a sister. On this day, sisters apply tilak on their brother’s forehead and wish them a happy and healthy life.

4. Is Bhai Dooj and Rakhi same?

No, Bhai Dooj and Rakhi are different occasions. On Bhai Dooj, the sister vows to protect her brother, while on Rakhi, it is the other way round.

5. How Bhai Dooj is celebrated?

Sisters make their brothers sit in a clean place. They apply tilak on the brother’s forehead and perform their Aarti. Brothers give gifts to their sisters and wish each other good and healthy lives.

6. Do sisters fast on Bhai Dooj?

Yes, sisters observe a fast in the morning till the traditional ceremonies are over.